All text and images taken from http://www.danaestratou.com/


Desert Breath is a Land Art project created by D.A.ST. Arteam. The team was founded in 1995 by: Danae Stratou (installation artist), Alexandra Stratou (industrial designer & architect), Stella Constantinides (architect), for the purpose of creating this project.
The project is rooted in our common desire to work in the desert. In our mind’s eye the desert was a place where one experiences infinity. We were addressing the desert as a state of mind, a landscape of the mind. The point of departure was the conical form, the natural formation of the sand as a material.
Desert Breath expands in an area of 100.000 m2, in the eastern Sahara desert bordering the Red Sea in El Gouna, Egypt. It is a site-specific work that generated out of our perception of the site itself. Its construction consists of the displacement of 8.000 m3 of sand formed so as to create precise positive and negative conical volumes. The conical volumes form two interlocking spirals that move out from a common centre with a phase difference of 180o degrees in the same direction of rotation. The centre is a 30-metre diameter vessel formed in a W-shaped section and filled with water to its rim.
Located between the sea and a body of mountains at the point where the immensity of the sea meets the immensity of the desert, the work functions on two different levels in terms of viewpoint: from above as a visual image, and from the ground, walking the spiral pathway, a physical experience. The construction of Desert Breath was completed in March 1997. Desert Breath still exists becoming through its slow disintegration, an instrument to measure the passage of time. 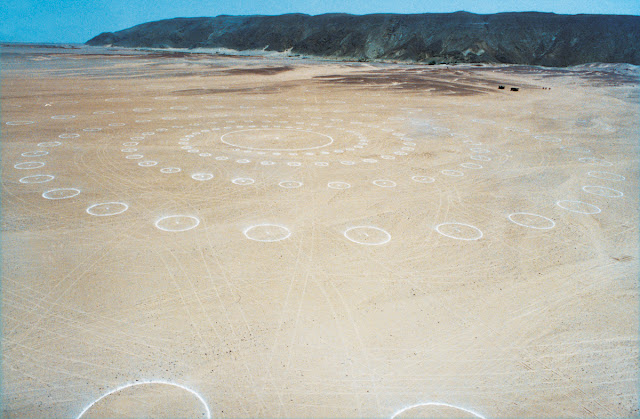 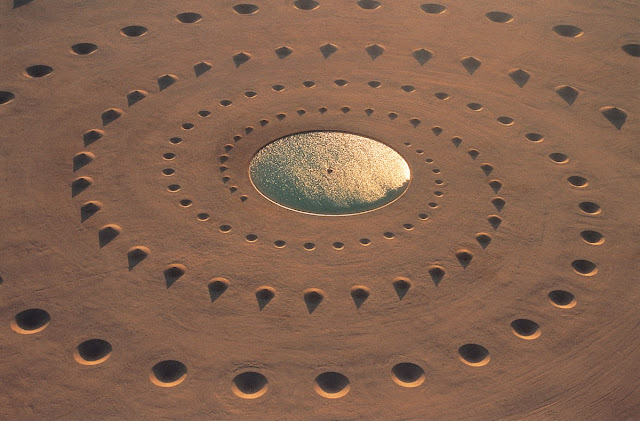 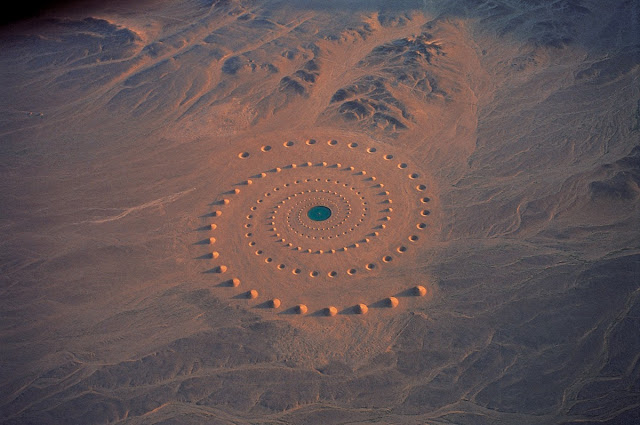 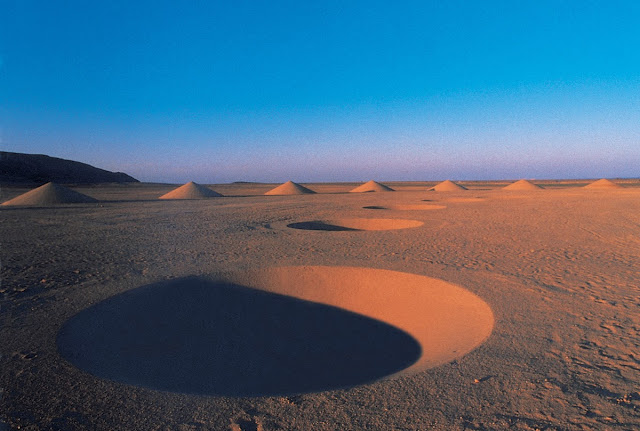 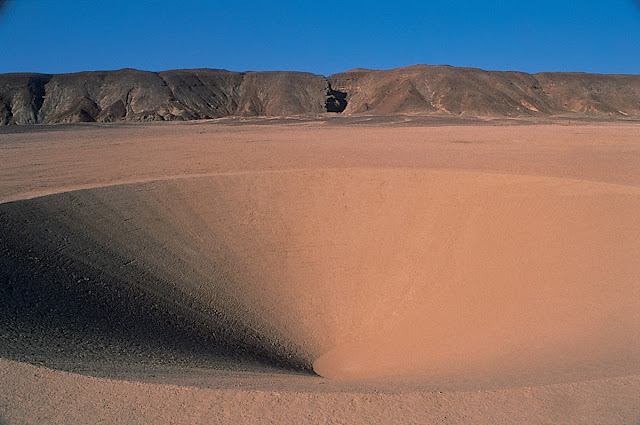 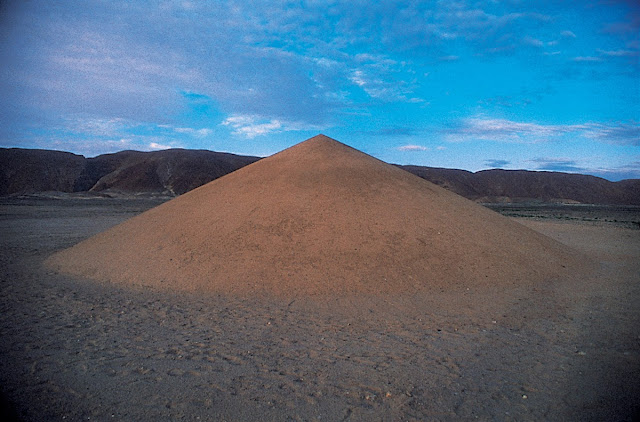 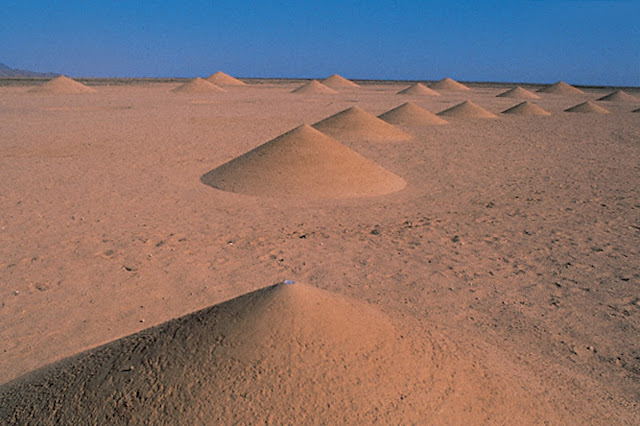